How to use PS5's DualSense handle to play games on iPad? | Tech Max

How to use PS5’s DualSense handle to play games on iPad?

I’m here with PS5 DualSense+12.9-inch iPad Pro+AirPods Max to play with. I have to say that if you want to play games with iPad, this should be the most ideal combination. Of course, some feedback or a sense of shock is definitely not as good. PS5 is a console game, but it is also said that it is smooth and smooth, that it is instantaneous, and that the sound effect is more sound. It is recommended to group a large set! Ahhh
But I said that the sense of upgrade is combined with DualSense…I said that the upgrade is a little frustrating. shameAt present, because most games do not support the vibration function of the PS5 DualSense handle, the feedback of the game is…I can’t feel it yet. (Huh? I think I’m finished reading the article XD)

How to connect? Are there any special settings?

It is the method to connect the Bluetooth handle. For DualSense, first turn on the Bluetooth on the iPad → after the handle is turned on, press and hold the PS button and the Transcend button (the position of the Share button) at the same time, and the blue light on the handle flashes quickly, and you can pair.

Then you should be able to see the DualSense wireless controller in the searched Bluetooth list, click to connect.

After completing the connection, in Settings→General, there will be an option “Game Controller”, where you can make detailed adjustments. The default tactile feedback, screenshots, and screen recording are all enabled.
Tactile feedback depends on whether the game is supported or not. Although this is enabled, it may not be available; at least DualSense supports the latter two and is available.

Click the Create button/Share button in the game to take a screenshot (but press it a little longer), and double-click it to screen recording. This screen recording needs to be mentioned in particular.

1.) After double-clicking in the game, there will be no prompt on the screen and no startup sound, so you may feel unresponsive, but in fact, it. Have. in. record.
This is a little bit bothersome, because I don’t know if it’s actually recording, and because there’s no prompt on the screen, I’ll forget that you’re recording.
2.) I found that the Screen Recording activated through the handle is not the built-in screen recording of iPadOS, so it is no wonder that there is no prompt, and because it has nothing to do with the screen recording of the system, there is no microphone recording function. , Only the sound of the game will be recorded, not your narration, so if you want to record live with the handle, you should go to the built-in screen recording + wired microphone of iPadOS, don’t start it with the handle.

You can also customize the key correspondence, for example, customize Ⓧ to the function of another key.

If the installed game has a support handle, it will appear in the “App customization” list below, allowing you to make individual settings, such as individual switch vibration, screenshots, etc., or customize the game buttons here. Speaking of supporting handles, the settings are pretty detailed.

Which games can be played?

When searching for games in the App Store or Apple Arcade, as long as you see the controller logo here, you can play with the handle. But… after searching, I found that most of the handles supported are games in Apple Arcade, and most of the handles in the App Store do not support handles. (Speaking of searching for games, it’s really inconvenient that you can’t add controllers.) During the trial, I found that even if there is a “controller” option in the game settings, as long as there is no label in the App Store description, the handle is not supported . For example, I often play “Call of Duty” (Call of Duty), go to the game settings to see, there are controller settings, but on the iPhone, iPad, I still can not play with hands…Sang Xin…
personally think shooting and survival The game is most suitable for playing with handles, but there are few such games in Apple Arcade, and there are few survival shooting games in the App Store that support handles…[登愣]
So if you are for this kind of game Games, and those who want to feel the vibration feedback… Not suitable for the iPad+ game controller solution.

Are there any recommended games?

Although most of the supported games are in Apple Arcade, I personally feel that the games included here are quite quality-guaranteed. For example, most of them have Chinese culture, meticulous graphics, artistic style, and the soundtrack is more audible than just doing it casually.
Yes … so the experience of playing with the handle is not bad. This time I tried it with AirPods Max, the whole is more enveloping, and some small sound effects that match the game can also be heard clearly. If you decide to use the iPad or Apple TV It is strongly recommended to use AirPods Max or Pro to play games with the handles!

As for recommending games…Because I personally pay more attention to the game’s fine art and music, and games that are not too complicated to operate, some recommendations will be more subjective, but I will share my experience with the game 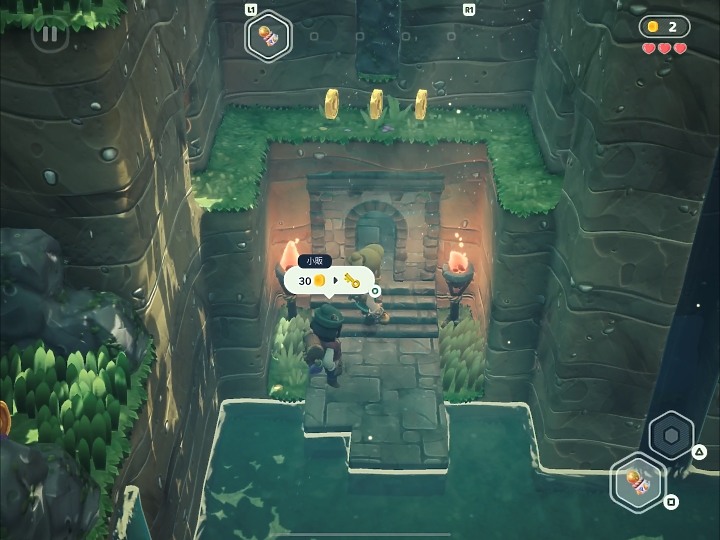 It is an adventure game in which you are tasked with tasks such as finding treasures and rescuing.
The pictures are exquisite, the character scene style is very cute, the music is comfortable and stress-free, and you will not feel dizzy and noisy after playing for hours of continuous advancement.
This game makes full use of the buttons of the handle, the four-way button, ▲☐X◯, LR button, mushroom head… all have an effect. I personally feel that this game is more suitable for matching with the handle, so that the operation is not It’s trivial, and you can concentrate on the game scene.

Another “Clarion of the Sea 2” that I personally feel is a bit similar. This picture is equally exquisite, and just listening to the game music itself is very healing, but it is not a cute style, and the game has a more plot. The fighting defense of this game And so on, I also make full use of the handle, and I feel that the handle is better than the touch. 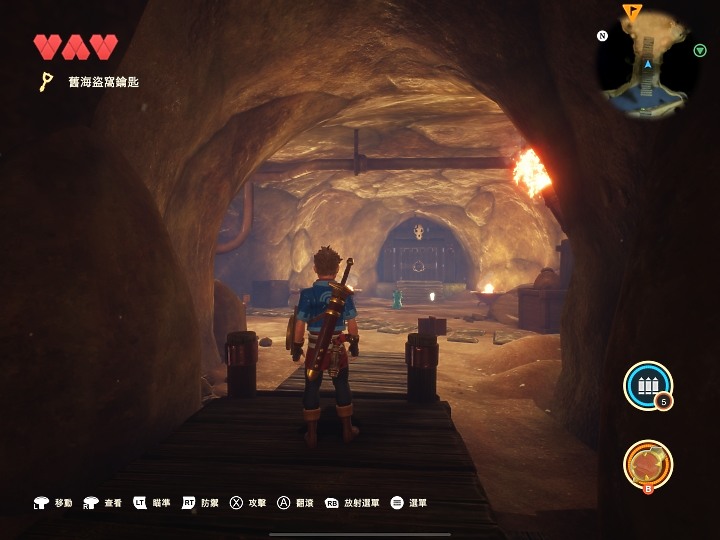 Recently, the newly released “Taiko Master ” , I don’t need to say more about how cute and infectious this game is. Speaking of which, this game was originally played from the game console, so I also recommend it with a controller. The reaction is very instant when playing with DualSense~ It feels very release after playing… But there is no vibration feedback regardless of the touch or the handle, it is really very bad~ 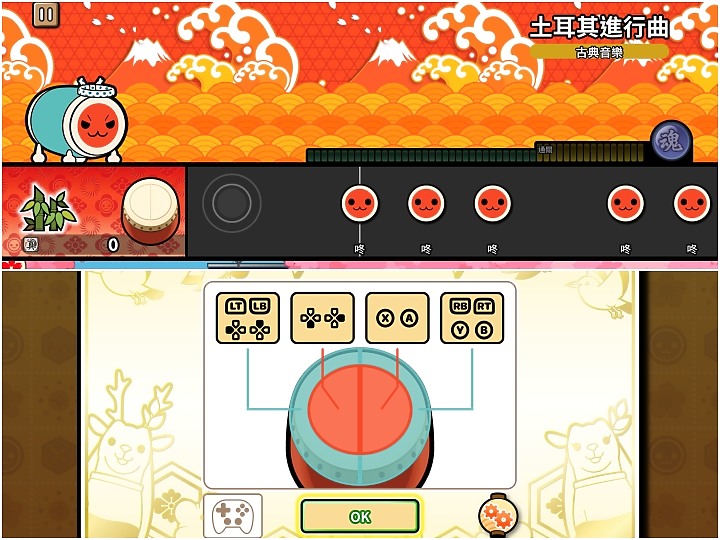 With a samurai sword, an action game that hacks through the evil forces, because there is no shooting game that can be used with the handle, “Samurai Jack” can replace the addiction of wanting to play hack and slash games.
If you use touch, there are quite a lot of buttons for various moves, so I think this is also a game that is very suitable for playing with a handle. It may be more convenient to use the combination of keys to make moves, but unfortunately, at least there is no vibration feedback with DualSense. 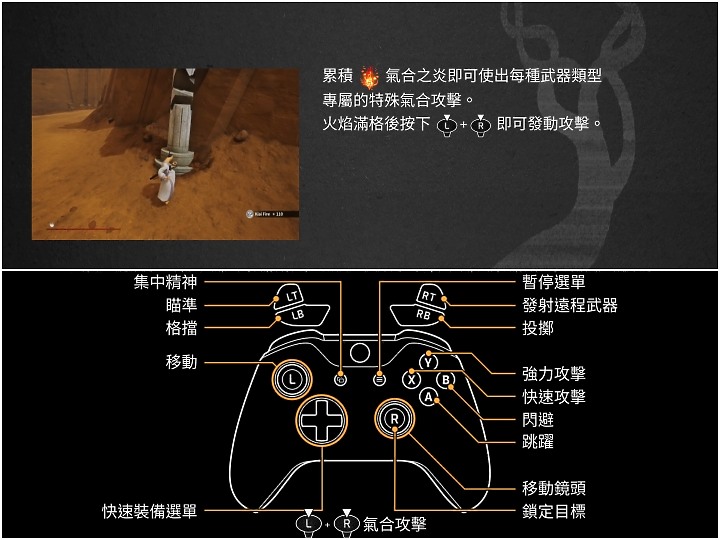 This is a parkour game that everyone runs together. The more people, the better. The game is in a dessert world. It sounds like you know that the settings are all kinds of cute, with cute screens, cute actions, and a more cute soundtrack. Unfortunately, it does not support the use of a gyroscope to control the direction (if the touch is selected by clicking the screen), so although the touch has vibration feedback, I still feel that using the mushroom head with the handle is better than using the touch to control the running direction. But the controller sensitivity can’t be set in the game is a problem. You know that the handles usually move more… 90% of the recommended reason is because they are cute.

Others such as “Quick Agent” , “FANTASIAN” , “NBA2K21” , “Beyond a Steel Sky” , “Warp Drive-High Speed ​​Teleportation Racing”, etc., are also some models that have been tried this time, and I think they are quite suitable for playing with handles.

Don’t know if you play the game with touch control? Or is it from the handle? If the screen is large and the game also supports the controller, I still prefer to use the controller to play, and this time I found that the game in Apple Arcade has a very good and natural experience with the handle.

But in the case of PS5 DualSense, the current game has not fully utilized its gyroscope, accelerator, vibration feedback… and other characteristic games. I don’t know if it is to apply most of the controller relationship? Or is it troublesome to adapt and developers have no time to do it? Or does the PS limit the openness of the handle? Anyone who knows is welcome to decrypt it.
Also because the game has not been used in depth, there is not much difference between using DualShock on PS4 or DualSense on PS5 to play games in Apple Arcade. Maybe the experience of other third-party controllers is similar. The rest is how it feels to hold it. The difference is that the DualSense grip is longer and has a bit of weight. I personally think it is very easy to hold, and it is still very suitable. If you have any recommended grips, you can share it with you.

You don’t have to roar to be a tigress: Vidya Balan

How to fix sound problems in Windows 10
4 weeks ago

How to fix sound problems in Windows 10